Langtang National Park, established in 1970 is the first Himalayan national park and also the country’s fourth protected area. This beautiful protected area lies in the northwest direction from the capital of the country, Kathmandu.

Langtang National park covers a total area of 1710 km square of the Himalayan districts of Nepal & exceeds the altitude of 6450m.

Langtang National Park, being a naturally and culturally rich area, is Nepal’s third most preferred trekking destination of Nepal.

The park contains more than 180 high-altitude lakes with their own religious significance including Gosaikunda, Pravatikunda, Bhairabkunda, Saraswati Kunda, etc. Gosaikunda is one of the most preferred holy places in this protecting area. During the month of August, thousands of devotees and adventure lovers visit this place. UNESCO has listed Gosaikunda on the Ramsar site on 27 September 2007.

Most of the villages inside this national park are Tamang villages who trace their origin to Tibet. The Tamang community reflects the culture and tradition from hundred years back. The art, craftmanship, prayer flags and wheels, beautifully carved windows and doors make the villages unique.

Many endangered wild animals like Red Panda, Himalayan deer, Himalayan Beer are native to this place. Containing different beautiful species of Birds and Butterflies, this place is also important for the study of birds and butterflies. 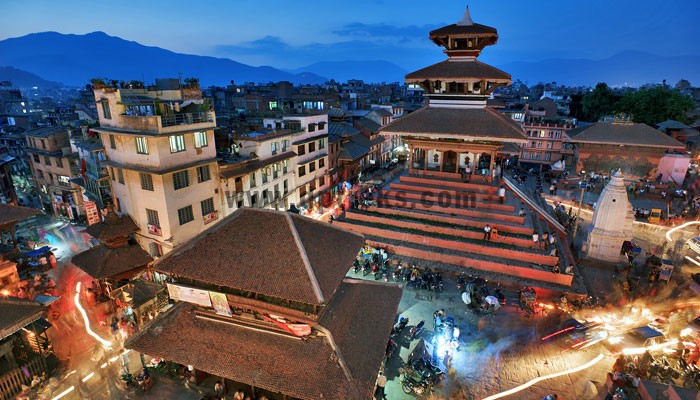 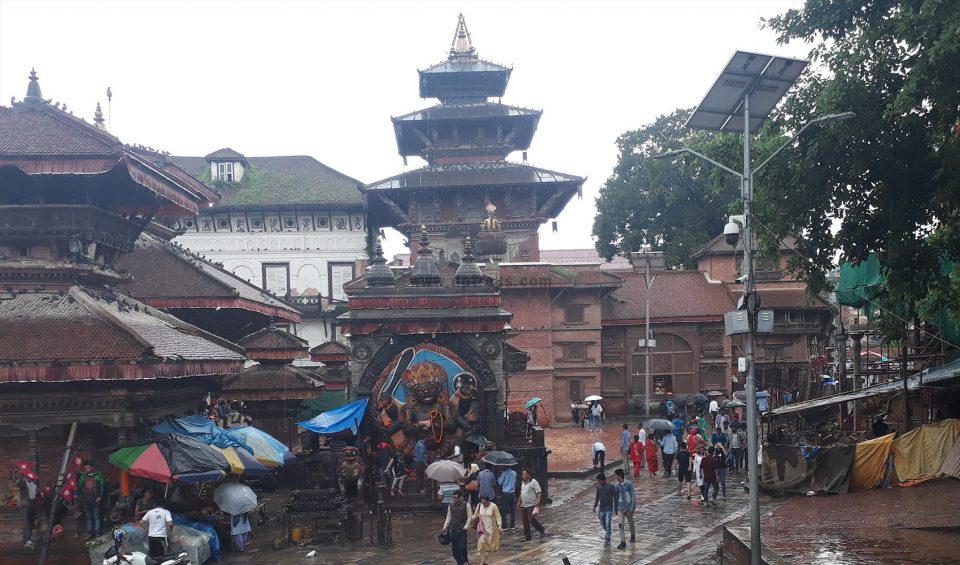 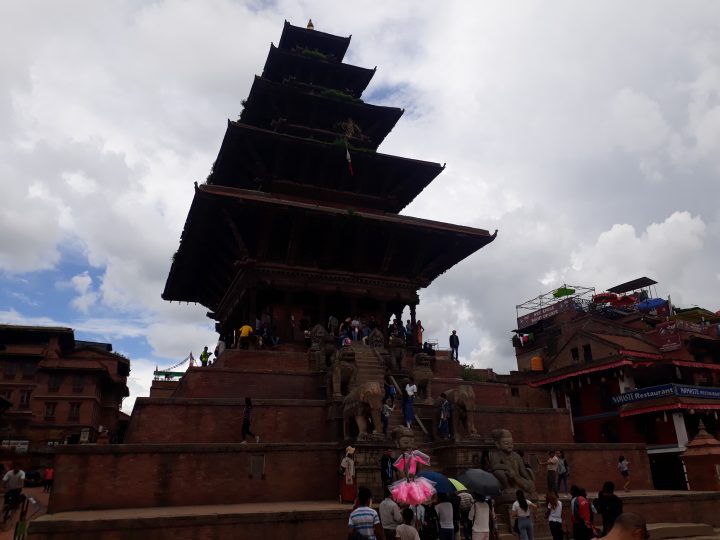 Bhaktapur Durbar Square is located in the heart of Bhaktapur city, one of the well preserved monumental zones in Kathmandu Valley. Bhaktapur is the museum of medieval art and architecture with many fine examples of sculpture, woodcarving and coolest pagoda temples consecrated to different god and goddess. Royal Palace, The palace of 55-windows, The golden Gate, The lion gate, The picture gallery, The statue of King Bhupatindra Malla, Bastala Temple, Nyatpola Temple, Bhairab Nath Temple, Mayur Jhyal(Peacock window) etc. are some of the historical and culturally attractive monuments of  Bhaktapur Durbar Square. 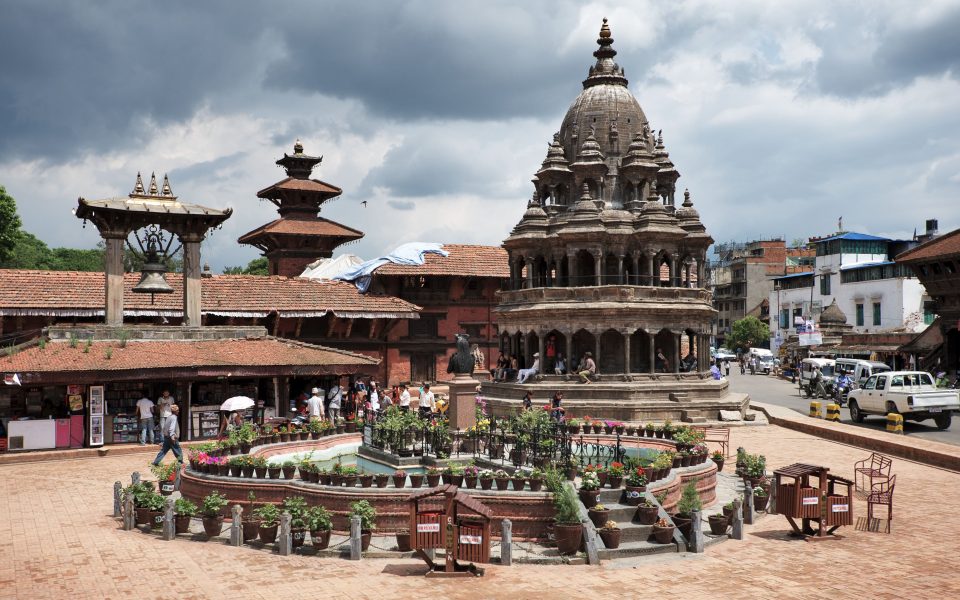 Patan Durbar Square is located in the heart of Patan city, the palace of the Malla kings and the city of fine arts. The square displays the newari architecture that had reached its pinnacle during the reign of Malla Kings. Mul Chowk, A master piece stone, the Krishna Mandir, Bhimsen Temple, Keshab Narayan Chowk, Sundari Chowk, the Royal Palace and Royal bath mark the artistic brilliance of Newari craftsmen of that era. Like other palaces,  Patan Durbar Sqauare also the houses of temple that exquisite woodcarving,stone and metal sculpture. 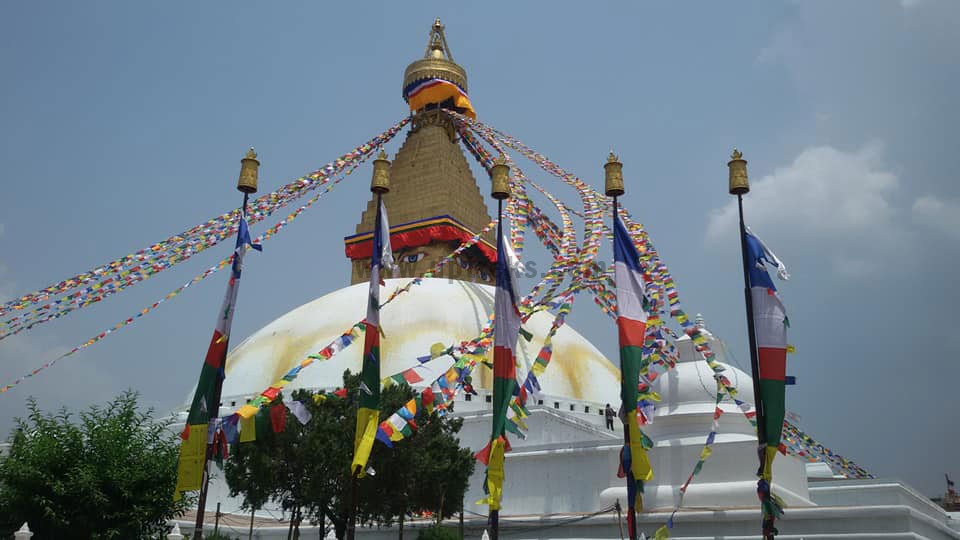 Bouddhanath is located at northeast side from Thamel. Buddhist stupa is one of the world’s most intriguing structures. It is the attraction with great importance for the worldwide Buddhist community, listed in UNESCO World Heritage Site. Topped with the Buddha’s eyes wisdom that is at 36 metres high, whitewashed dome, a walk around the giant stupa is an attractive part of this side. 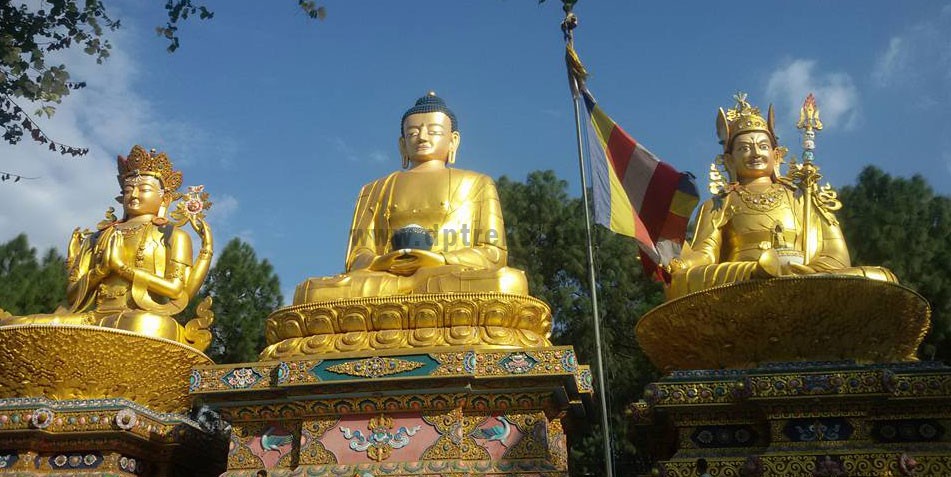 It is located in western Kathmandu and one of the most striking icon of Kathmandu valley. It is also known as Monkey Temple. With the climb of 365 upstairs, visitors can reach the base of this giant white dome with Buddhist icons, symbols, prayer wheels and Tibetan script decorating the exterior. 360 degree views of Kathmandu valley and holy monkeys, history, culture and photographs will be extremely pleased with the visit of this temple.

Pashupatinath Temple is located in Eastern Kathmandu along the bank of Bagmati River. It is one of Hinduism’s most important temples dedicated to the Lord Shiva. It would be a best idea to have an eye-opening experience of Pashupatinath’s splendor. With its history, mythology and extreme religious signifance, you can see the public cremations along the Ghats of the temple. 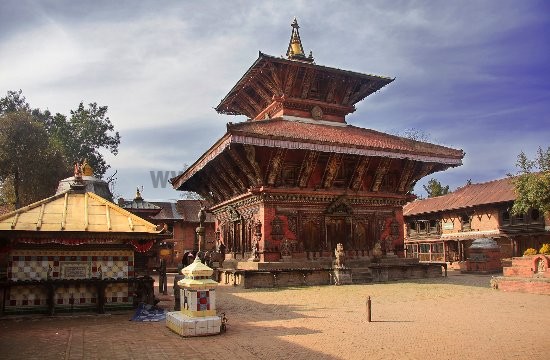 Changu Narayan Temple is located on a high hilltop, also known as Changu or Dolagiri. The temple is surrounded by Champak tree forest with a small village called Changu. The temple is one of the most ancient temple, dedicated to Lord Bishnu, built by Mandeva, the first historical king of Nepal. The temple, believed to have been constructed in the third centuries, is adorned by some of the best samples of stone, wood and metal Craft. There are many statues and inscriptions in the temple area that are culturally and archaeologically important. 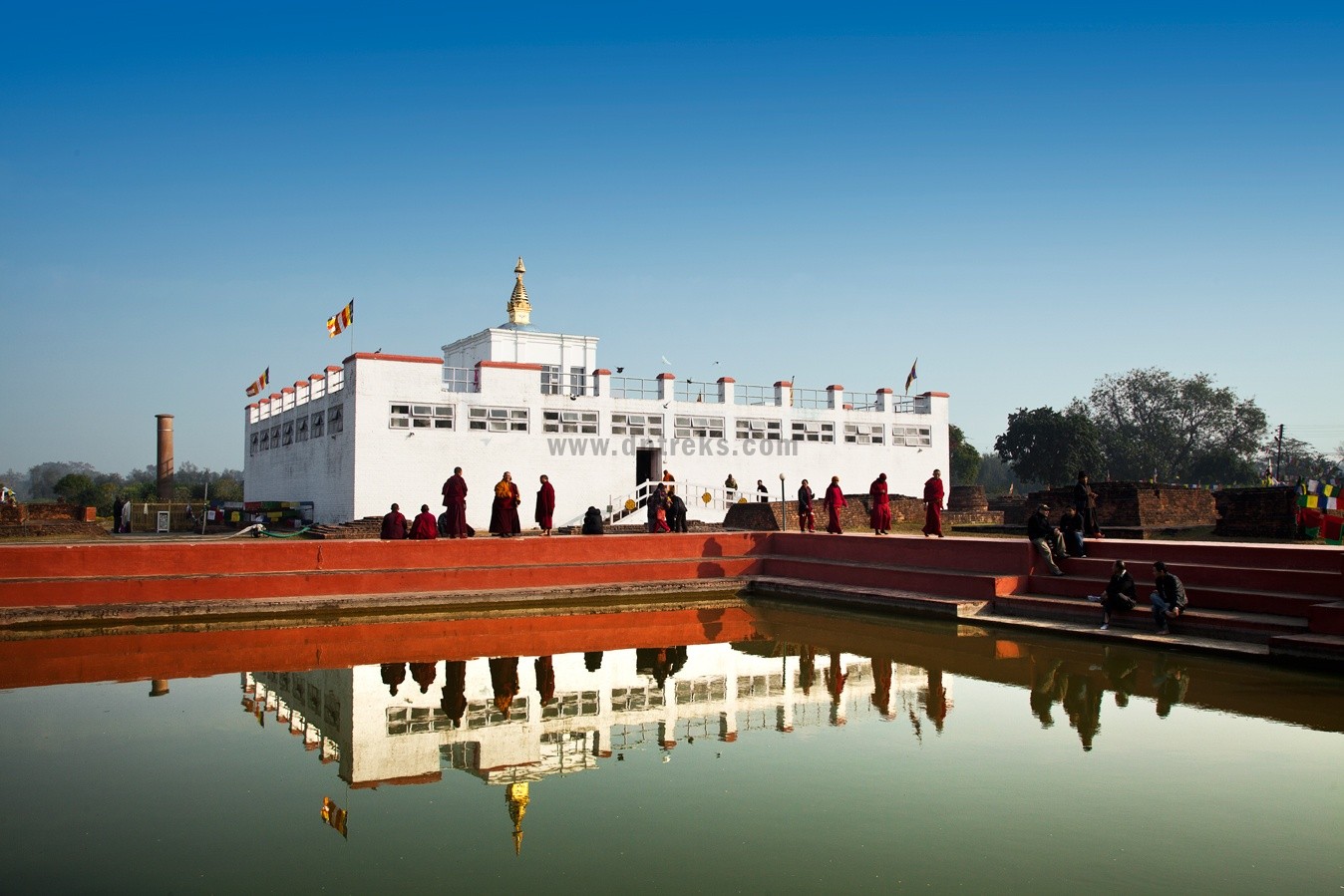 Lumbini is the birth place of the Lord Buddha and the fountain of world peace. Situated in western Nepal, Lumbini is an ancient town where old ruins of ancient city are well preserved. Lumbini has been a holy ground for Buddhists all over the world. The peace garden and international Monastic zone are the other attraction of lumbini after the mayadevi temple, puskarini pond and the historic Ashok Pillar. There are different archeological sites around lumbini in the likes of Tilaurakot, Kudan, Ramagram, Niglihawa and others.
Entry fee: Rs. 200 Per person(Foreigner Nationals), Rs. 100 Per Person ( SAARC Nationals) 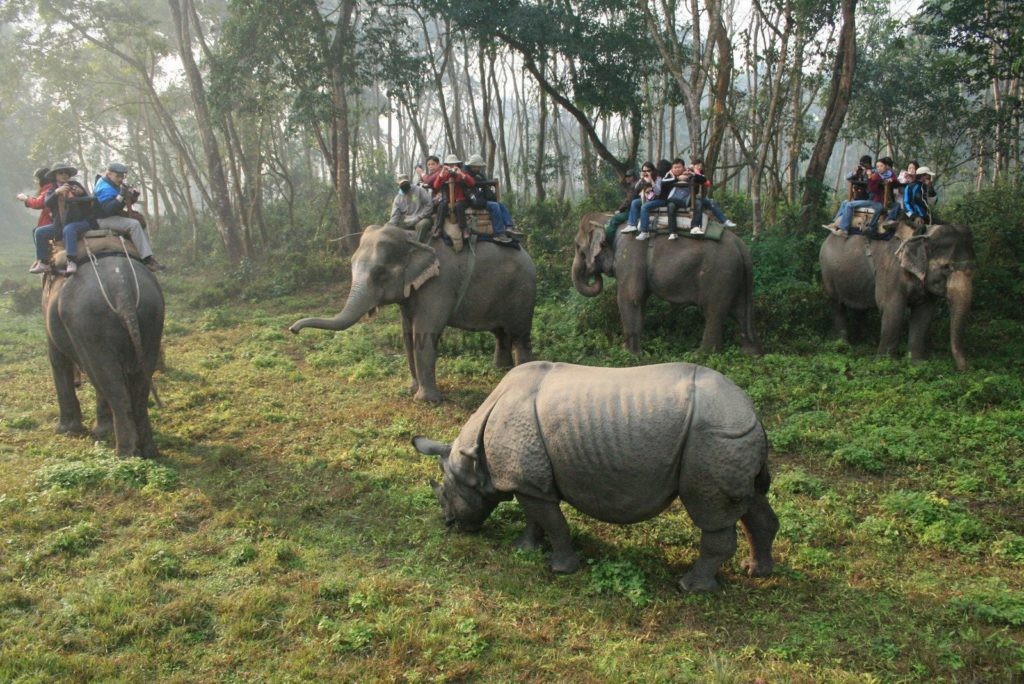 Chitwan National Park is one of the most preserved conservation area in Nepal. Lying in Chitwan district along the Indian border, chitwan National Park is home to rare one horned rhino, Royal Bengal tiger, ghariyal, crocodile and different other flora and faunas. The park is home to more than 50 spices of mammals, 525 species of birds and 55 spices of reptiles and amphibians. The park consists of a diversity of eco-systems including the churia hills and the stretched flood plains of the Rapti and Narayani River.
Entry fee: Rs. 1500 + 13 % VAT Per person(Foreigner Nationals), Rs. 750  + 13% VAT Per Person ( SAARC Nationals) 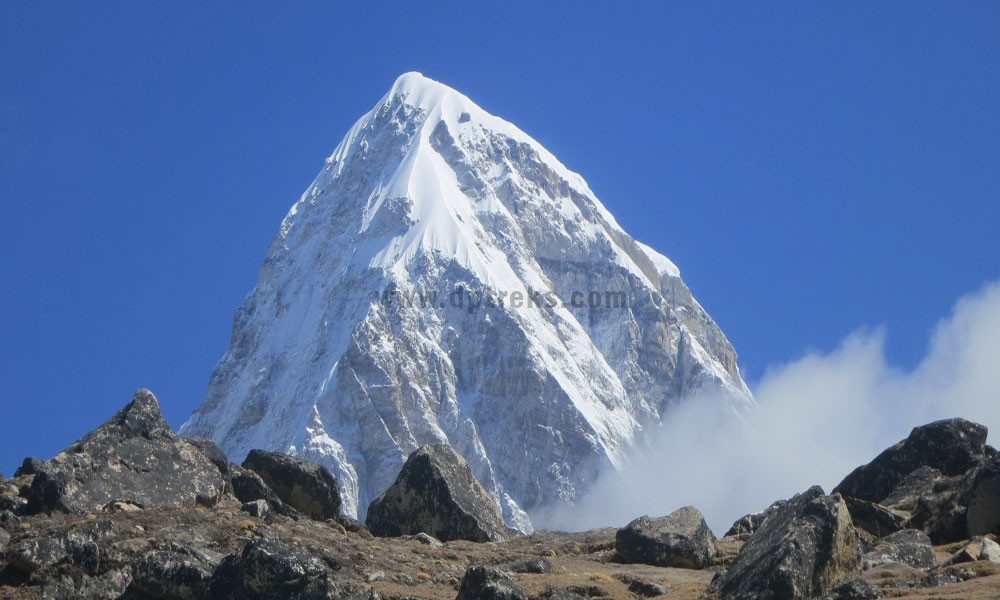 The Sagarmatha National Park is Nepal’s most popular national park as it is home to world’s tallest peak Mt. Everest of Sagarmatha. Lying in the north eastern part of Nepal, the park has several other prominent peaks most of peaks, deep gorges and glaciers. The park is home to different rare spices in the likes of snow leopard, wolf, lynx, red panda and black bear. Likewise, the park is also home to beautiful Sherpa village, historic monasteries and cultural landmark.
Entry fee: Rs. 3000 Per person